The giant English Clubside has recorded the 3rd great most expensive signing in their football history with Anthony from Ajax for a worth of £85.4million.

The Brazilian attacker has signed a contract at Old Trafford until 2027, with the option of an additional year.

‘This is an incredible moment in my career to be joining one of the most iconic clubs in the world,’ he said. 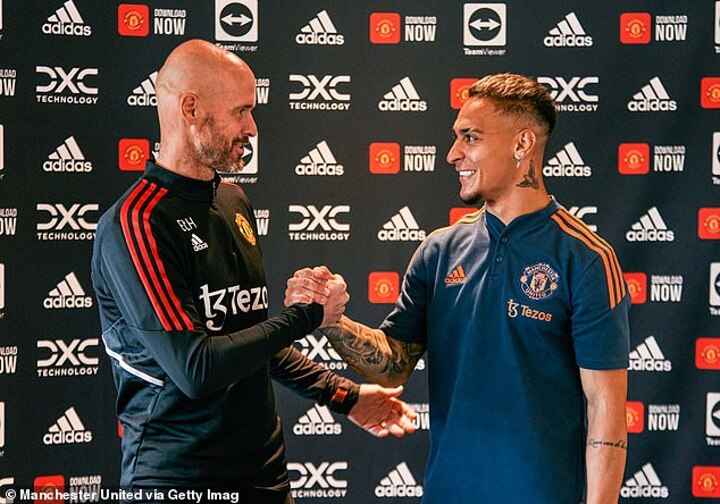 ‘I’m thankful to everyone who has believed in me, especially my family, and all my coaches and team-mates because I could not have got here without them.

‘Playing under Erik ten Hag at Ajax was perfect for me and my development.

‘His style of football and coaching brings out the best in me, and I am excited by what he has told me about his plans and ambitions in Manchester.

‘My time at Ajax was fantastic and I will always be grateful for the trust they put in me, but now I am ready for the next challenge, and I can’t wait to join my new team-mates and play my part in bringing success to Manchester United.’ 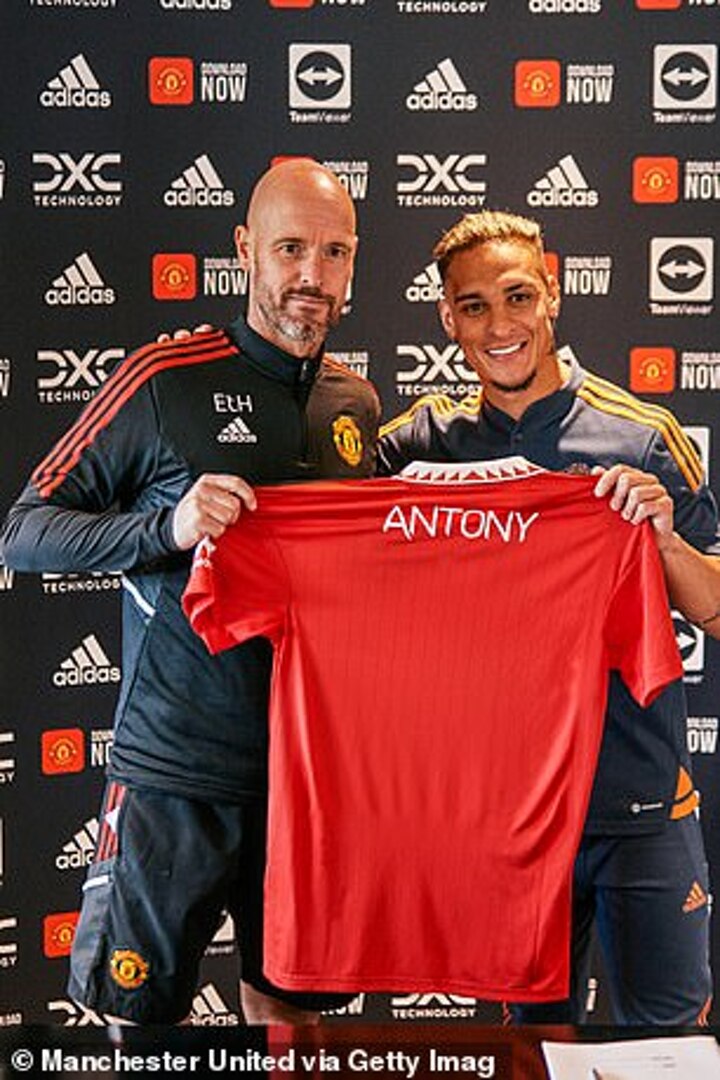 In total, he leaves Ajax having scored 24 goals and contributed 22 assists in 82 outings, helping them win the last two Dutch league titles and also the 2021 Dutch Cup under Ten Hag’s management.

John Murtough, United’s Football Director, added: ‘Antony is one of the most exciting young talents in European football and has exactly the right profile for the attacking, dynamic team Erik is building.

‘We have been especially impressed by his desire to join Manchester United, and to be part of a long-term project to get the club back to the levels of performance we all expect.’

United offered £81.3m as a fixed amount with £4.2m in add-ons, which includes a solidarity payment to Antony’s previous club Sao Paulo. 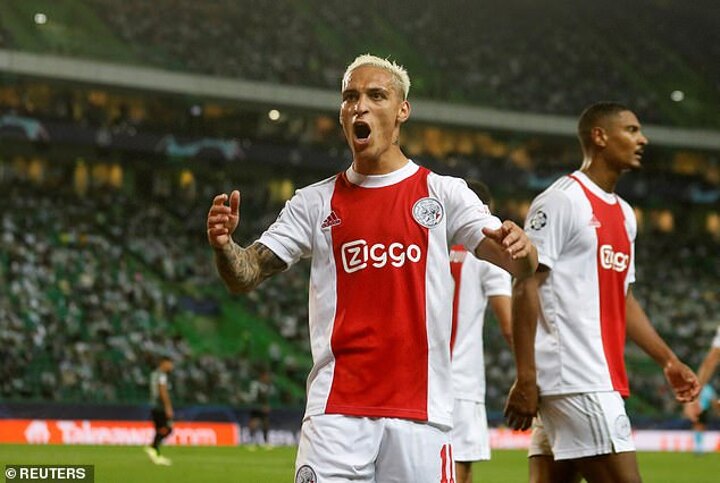 Ajax held out for more money after rejecting an offer of £76m last Friday with United manager Erik ten Hag finally getting his man to bolster his attacking options.

Antony had pushed Ajax hard to be released and refused to train with his teammates. He was left out of their 2-0 win over Utrecht on Sunday.

Ten Hag will likely replace Anthony Elanga in the currently favored starting line-up with Antony, although the United boss may deploy him as a speedy center-forward or on the left side.