Great News as Chelsea officially confirmed the £70m deal Of Fofana from Leicester City was completed.

It has been a great long negotiation between the two English Cubs although Leicester City had been considerate financially, it is now made officially by the Blues of the arrival of the newly signed defender.

Finally, Fofana has agreed on a six-year deal with the west London outfit with Thomas Tuchel finally landing his defensive target. Fofana arrives to further bolster Thomas Tuchel’s defense for the 2022/23 season, following the arrivals of Kalidou Koulibaly and Marc Cucurella earlier in the summer.

The 21-year-old’s switch to Stamford Bridge has taken some time to negotiate, with Leicester rejecting multiple offers in recent weeks.

However, the Foxes finally accepted a fee in the region of £70m on Friday with the deal completed on the penultimate day of the summer transfer window, which shuts on Thursday.

He could make his debut at the weekend when Chelsea hosts bitter rivals West Ham in the Premier League. 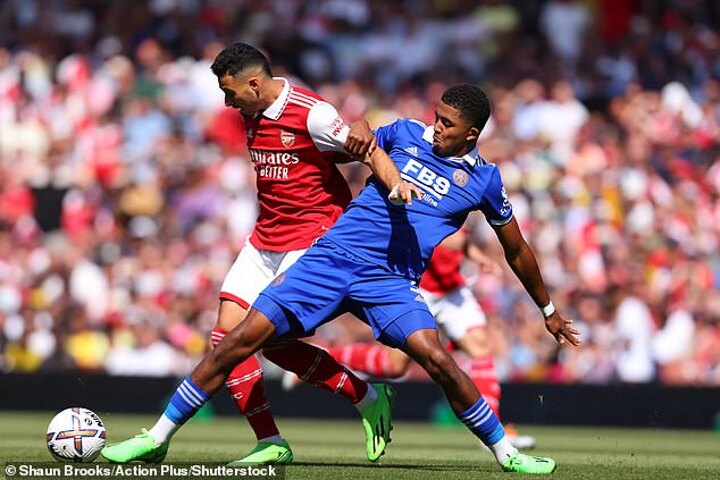 Fofana flew to New York on Sunday to undergo a thorough medical with Chelsea owner Todd Boehly wanting further peace of mind after the Frenchman missed seven months of last season with a broken leg and dislocated ankle.

He returned to Leicester’s starting XI in the final weeks of the campaign and had shown no ill effects of his injury, but it appears that Boehly wanted to take a detailed look at his current condition before making Fofana one of the most expensive defenders in Premier League history.

Fofana started Leicester’s opening two games of this season but was then left out of the team’s home clash with Southampton earlier this month as Brendan Rodgers claimed he was not in the right frame of mind to play.

He was once again omitted from the squad when Leicester played Chelsea on Saturday, having been made to train with the Under 23s in the build-up to that match.