This has been a lonely race for Barcelona before just recently, two additional professional European teams desire an interest in the player.

The Blaugrana have recently made moves to sign the Portuguese playmaker and make him the La Liga giants’ latest blockbuster signing.

The likes of Robert Lewandowski, Raphinha, and Jules Kounde have already joined Barcelona and are keen on striking a deal for Silva.

City’s stance is that they are not willing to sell the player and it seems as if Silva will remain at the Etihad Stadium for the time being.

However, should Barcelona continue pursuing the former AS Monaco midfielder in the future, they will face competition from El Clasico rivals Madrid and Ligue 1 champions PSG.

Should Silva continue eyeing a new challenge following the 2022 FIFA World Cup, his agent Jorge Mendes will attempt to secure a departure for Silva in January.

It is believed that should the Portuguese be sounded out for a move by Mendes, the agent will receive inquiries from the Parisians.

Meanwhile, Madrid is thought to be an admirer of Silva and the player is on the list of midfielders that Los Blancos hold an interest in.

Silva arrived at Manchester City from Monaco in 2017 for £45 million and has had huge success ever since.

He has made 254 appearances for the Cityzens, scoring 49 goals and contributing 51 assists.

The Portuguese midfielder enjoyed his best season to date last time out with 13 goals and seven assists in 50 appearances as City secured the league title.

He has three years remaining on his current deal with Pep Guardiola’s side but interest from the three European heavyweights could end that stay early. 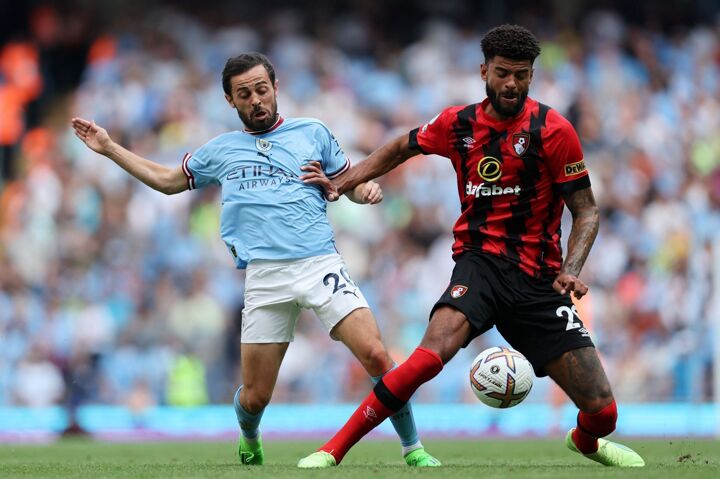 The aforementioned report claims that Silva’s agent may attempt to secure the player a move in January if he continues to desire potentially trying a new venture.

However, it is inconceivable that City allows the Portuguese midfielder to leave in January given they will be entering the second half of the season.

Alongside this, it is likely that the likes of Barcelona, Real Madrid, and PSG will be challenging Guardiola’s men for the UEFA Champions League.

Manchester City risk making a Champions League contender that much stronger whilst weakening themselves in the process.

Manchester City has been stern in its stance on the midfielder this summer and they need to continue staving off interest come the new year.

He has kicked off the season in fine form with a goal and an assist in his first three appearances.