Tyrell Malacia Tyrell Malacia is a Dutch professional footballer who plays as a left-back for Premier League club Manchester United and the Netherlands national team.

Malacia joined Feyenoord’s youth system at the age of nine. He made his professional debut for the club in December 2017 and won the KNVB Cup in 2018.

Rio Ferdinand has compared Tyrell Malacia to Manchester United legend Patrice Evra after the full-back shone on his first start for the club against Liverpool on Monday.

Malacia had found himself behind Luke Shaw in the pecking order for the opening two games of the season, but after impressing off the bench against Brentford, he was given the nod to play ahead of the Englishman at Old Trafford this time around.

The 23-year-old did not disappoint as United picked up a 2-1 victory, and Ferdinand approved of the way he dealt with Mohamed Salah, despite the Egyptian scoring a late consolation goal.

The former United defender can already see similarities between Malacia and Evra, who won five league titles and the Champions League during his time with the Red Devils. 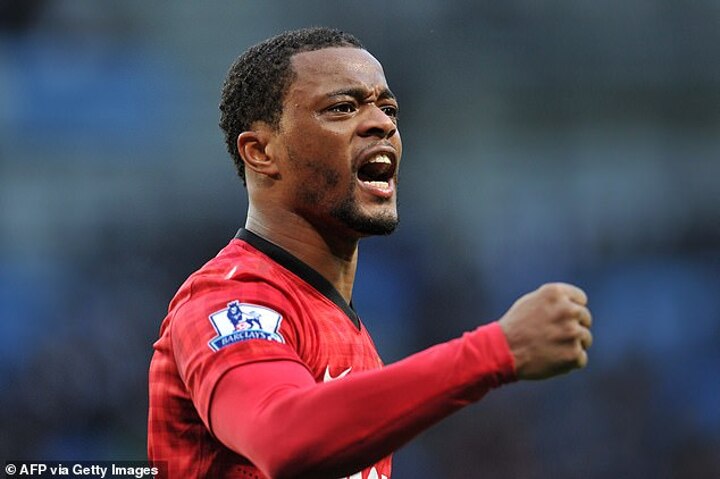 ‘Malacia was tremendous, outstanding. The whole back four were brilliant,’ Ferdinand told the Vibe With FIVE podcast.

‘He reminds me of Patrice Evra in many ways. He’s athletic, he looks like a pound-for-pound strong kid. There aren’t many left-backs in European or world football in the last four or five years who have gone out of a game and kept Mohamed Salah quiet.

‘Yes, he scored a little goal but in the main of the game, he kept him quiet. Salah would’ve come off that pitch thinking that was a tough competitor.

‘In terms of the physical duel, he was on him. In terms of getting up to him as soon as he took a touch and hitting him, he was there.

‘Whenever he did get past him the odd time in the game he has the pace to cover and get back. I thought in all elements of his game, even on the ball, he’s so calm and composed. 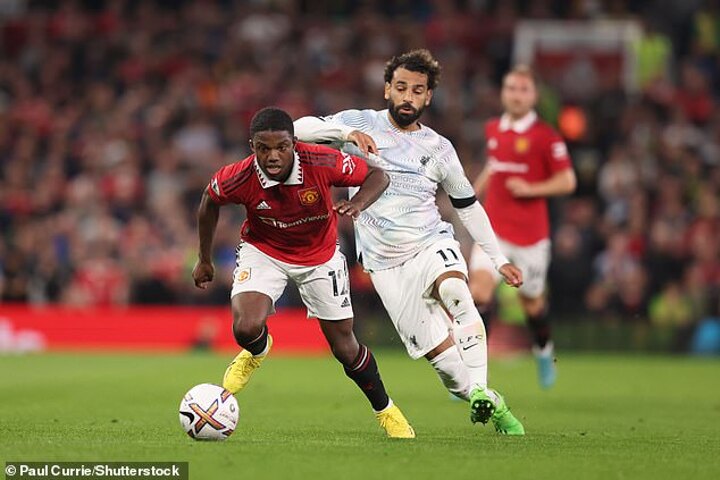 ‘Look, we’re only a couple of games into his Manchester United career but what he’s shown so far, nothing but positive.’

Malacia looked at home in the back alongside Diogo Dalot, Raphael Varane, and Lisandro Martinez as Erik ten Hag made some big calls by leaving out Harry Maguire and Shaw.

Ferdinand believes Shaw now has an uphill battle on his hands to get back into the team after Malacia’s eye-catching display against Jurgen Klopp’s men.

‘Luke Shaw’s going to have to do something to get back in this team now. In a time when confidence has been at a low ebb, he (Malacia) comes in and has been very confident immediately. It’s difficult to do that in a team like this,’ Ferdinand said.