SHOCKING: Superb RONALDO To Be On The Bench And Martial In For Liverpool-Manchester United 3rd League Game Clash Tonight

SHOCKING: Superb RONALDO To Be On The Bench And Martial In For Liverpool-Manchester United 3rd League Game Clash Tonight.

Today on the 22nd of August, Liverpool will be paying Old Trafford a visit for the Monday Night clash of the 3rd league game, and Manchester United is set to leave the 5 times Ballan d’Or winner Cristiano Ronaldo for Antony Martial in the starting Line up.

Speculation remains over the future of the five-time Ballon d’Or winner, who reportedly asked to leave the club. He started the Red Devils’ woeful 4-0 defeat to Brentford last time out but looks to have been dropped to the bench by Erik ten Hag.

The Portuguese star cut a frustrated figure throughout the humiliating loss to the Bees, even ignoring calls to acknowledge supporters in the aftermath of the defeat.

Martial has returned to full fitness from a hamstring problem that saw him miss both of Manchester United’s first two fixtures of the Premier League season.

The Frenchman impressed during the preseason, scoring three goals in five starts whilst gelling well with Marcus Rashford and Jadon Sancho.

Ten Hag has seemingly opted to go with the French striker instead of Ronaldo for the huge encounter with Liverpool at Old Trafford.

The United boss’ decision is bound to lead to even more speculation over the former Real Madrid star’s future.

Ronaldo is seemingly keen to continue playing in the UEFA Champions League whilst United will be playing Europa League football this season.

He managed 24 goals in 38 appearances for the Red Devils last season, but his side could only manage a sixth-placed finish in the league.

Meanwhile, skipper Harry Maguire is also set to be dropped by Ten Hag against the Merseysiders.

The English center-back has started both of Manchester United’s woeful defeats to Brighton & Hove Albion and Brentford.

He is set to be replaced by Raphael Varane, who will line up alongside Lisandro Martinez at the back for United. 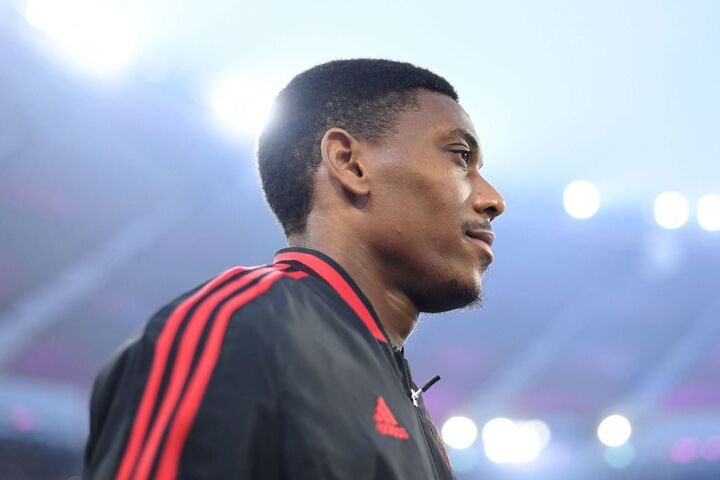 Many will be shocked by Ten Hag’s decision to drop Cristiano Ronaldo for the clash with Liverpool.

However, Martial’s form and success with Sancho and Rashford during the pre-season cannot be understated.

The trio worked well under Ten Hag’s tutelage and was the attacking outlet that mostly bedded well with the type of football the Dutch tactician wants to implement.

It had seemed that Martial would be sold at the start of the summer following a disappointing loan spell with Sevilla.

He returned to Manchester United with doubts that he would be a United player by the end of the window.

However, Ten Hag reportedly blocked the Frenchman’s departure amid an impressive pre-season.