This Negotiation has been going on for a while and it is somehow a tremendous move for the player or for the team.

Arsenal Nicolas Pepe has been contributing to the team awesomely, most especially in the recent previous season.

Although it was somehow not as wanted by the English club side in their run to gain a spot at the UCL Group stages.

The winger has struggled to make an impact at the Emirates since his £72million move from Lille in the summer of 2019 and has now been sent out on loan for the rest of the season.

The 27-year-old was unveiled to his new fans before Nice’s Europa Conference League play-off second leg with Maccabi Tel-Aviv FC at the Allianz Riviera stadium on Thursday, which saw the Ligue 1 side triumph 2-1 on aggregate after extra-time.

Pepe has often struggled to justify his price tag, scoring 27 goals in 112 matches for the north London club.

While he remains a regular at the international level for Ivory Coast, the former Lille forward has failed to establish himself under Mikel Arteta, often coming on only as an impact substitute.

He has a contract with Arsenal until 2024 and Nice said they do not have a purchase option to make the transfer permanent.

Pepe had a good record in Ligue 1 with Lille, scoring 37 times in 79 appearances. 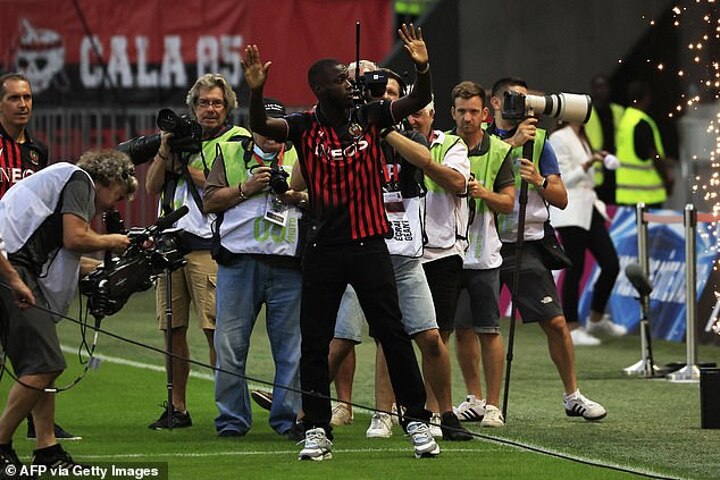 In his final season at Lille, he scored 22 goals and contributed 11 assists in the league.

He did not play in any of Arsenal’s three league matches this season, all of which Arteta’s side won to top the table. Nice are 16th in Ligue 1 without a win in three games.